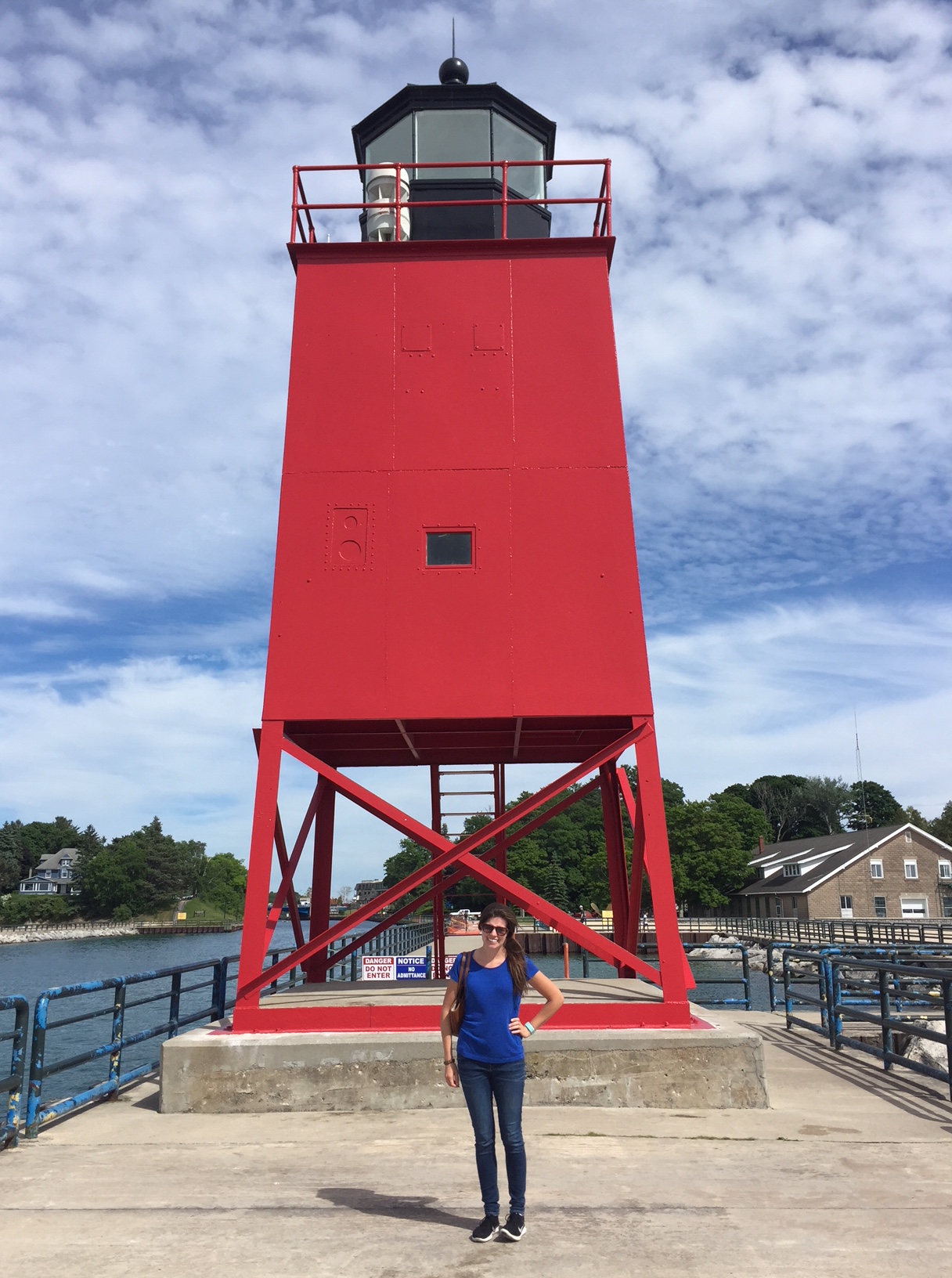 How do you define scenic? I think rolling landscapes, trees, waterfront views, picturesque nature that’s worthy of being a desktop background. Unfortunately, I wouldn’t use “scenic” as the best description of the marathon course in Northern Michigan I ran in June.

The course started through a neighborhood – EVERY house was cute and beautiful – then met with a paved pathway that ran alongside a two-lane highway. The drawbacks? It was a little noisy with the traffic; granted, it’s not a multi-lane road but there was still the constant sound of cars approaching and whizzing by. BUT there was always a healthy distance of grass between the pathway and the road, so I didn’t worry about cars much at all. So with the road always to one side of you (out and back course), there were trees along the opposite side. Although the course was advertised to be right along the water, the brush was so thick you couldn’t see Lake Michigan. There were a few stretches that were clear of brush and trees to see the water, though. (It was rainy and super foggy when I raced; I couldn’t make out a horizon.)

Those are the only two cons to the course! The highway alongside and the lack of waterfront view/brush only/not-quite-fitting-the-definition-of-the-word-scenic.

There was a three-quarter mile stretch of wooden bridge (flat straightaway) you ran on. I was thinking that on the return trip it would feel like a relief from the asphalt pounding on the legs. While I was running I didn’t notice much of a relief but the boardwalk made you feel lighter and my mile split was a little faster. I also was concerned that the rain would make the wood slick but that wasn’t the case at all.

The course is SO spectator friendly. Bring an entourage to this one. With the course alongside the roadway it is possible to see your favorite runner even mile or so. In fact, as I ran 15-ish miles with one girl, after a few times that she was cheered by her mom/dad/boyfriend/friend (posse), they had asked me for my name as were passing by so they could include me in their cheers! 🙂 We had passed her family too many times for me to count. What support! Even my friend Jess and her husband met me with three miles to go and said it wasn’t hard to navigate the course.

The course wasn’t super hilly! Even though I had some long runs in a hilly metropark, the majority of my training was pretty flat. The course did not have any “rolling hills.”

There also always seemed to be someone not too far from you I observed this on the return trip. There were plenty of pockets of runners. No one seemed to be isolated. By looking at the race results, there were 300 participants in the 5k, 277 in the 10k, 650 in the half marathon, and 292 in the full marathon. And despite being on a shared pathway on the return trip, I didn’t feel like you were going to run head on into anyone. Bonus! 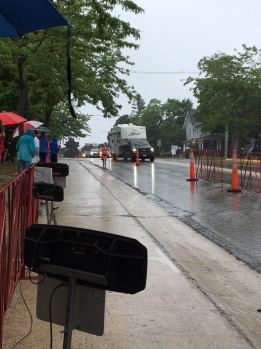 The finishing stretched shared the road with cars. 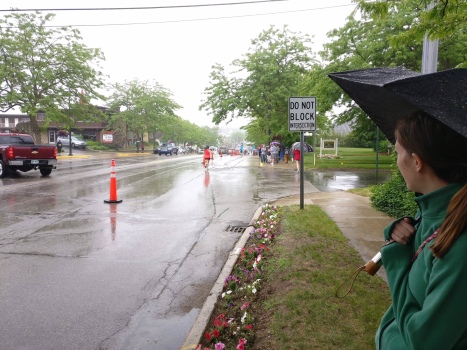 Shared finish line with the road

The awards were pretty cool! My friend received one. How cool is this?! 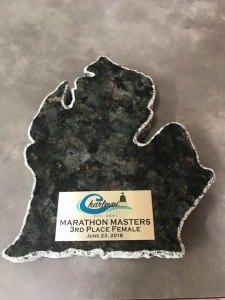 And with the drawbridge in town, going up/down every 30 minutes, if you were coming from out of town race morning it would be easy to be worried about being on the wrong side of the bridge before the start of the race, since the packet pickup tent and porta-potties were on the opposite side of the race start. It didn’t seem like the drawbridge really affected anyone. Nothing to worry about. 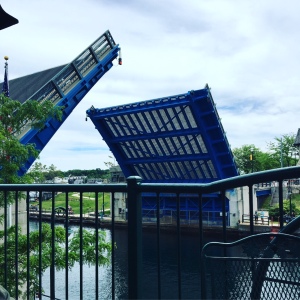 Charlevoix is such a pretty little town that I wasn’t bothered by the lack of scenery on the course. Everything in town is wonderful- the light house, the clear water of Lake Michigan, the ice cream shops, the coffee… The sidewalks didn’t feel overcrowded like Mackinac Island might. Shop and restaurant employees are friendly and everyone asks how your race went. It would be impossible to not enjoy your stay there even if your race went terrible.

Would I run again? Yes, I would. But I’d also like to try other marathons and there’s only so many I’ll be able to do. 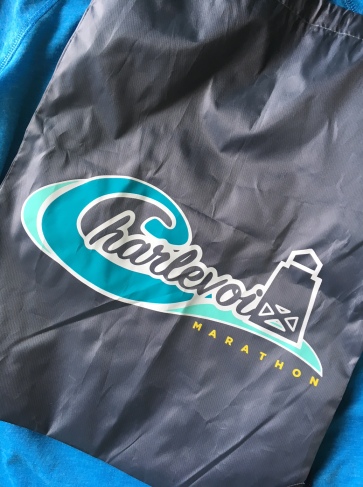