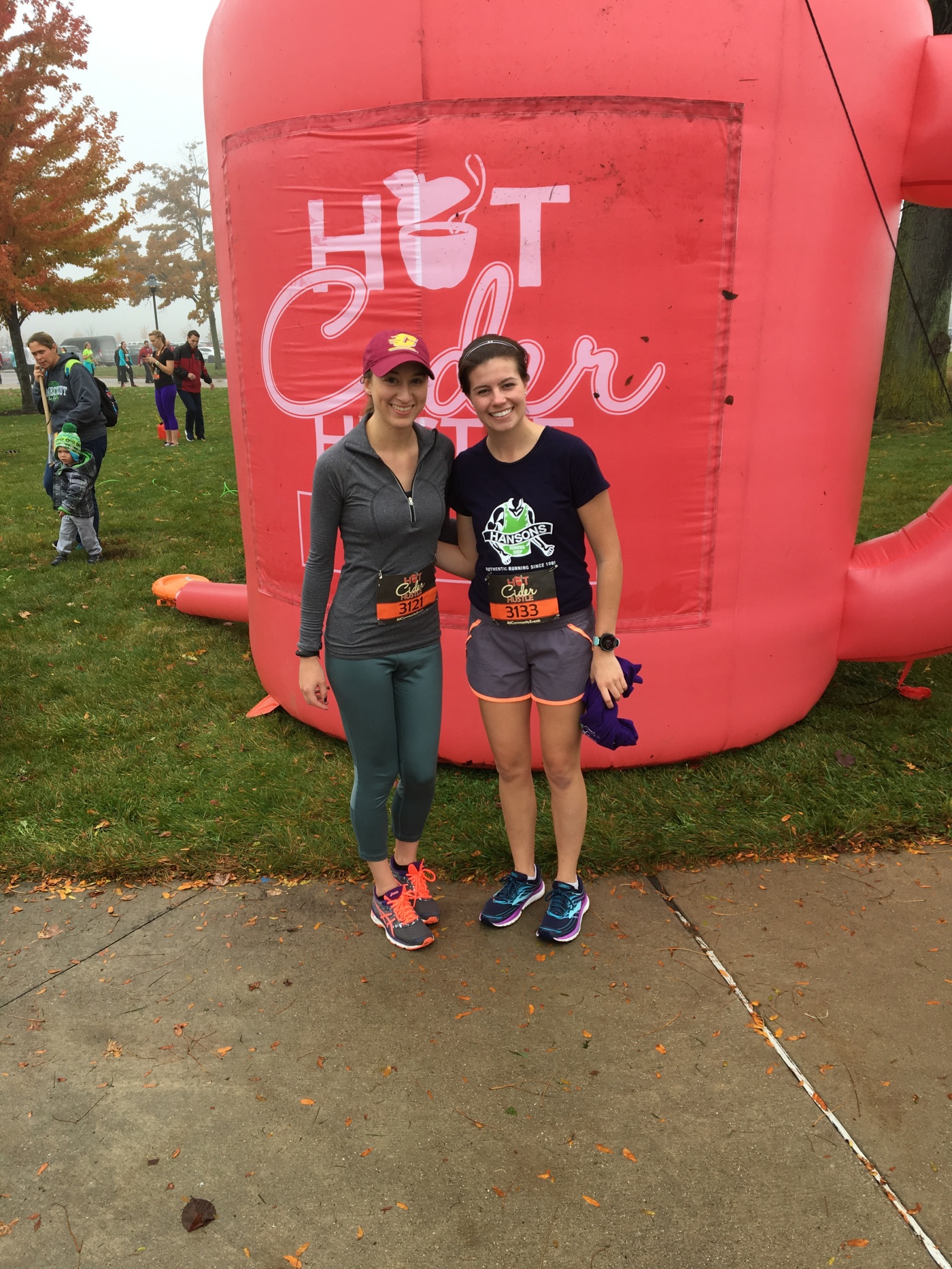 Instead of sitting in front of the TV and refreshing my social media newsfeeds for coverage of the New York City Marathon (which I would LOVE to run one day), I had a 5k this morning. (I did catch the end of the marathon and watching the clips of Shalane take first… talk about goosebumps and emotions!)

My personal fashion advisor Clare actually heard about the race first, boasting of hot apple cider and caramel apples at the finish line with mugs instead of finisher medals. I took no convincing. Clare was on board, too, but hesitant since this would be her first 5k! Last year, she ran the 4k at Roseville’s Big Bird run, her first running race ever. I’ll be running next weekend at Roseville’s Big Bird 10k. I’ve been following Kelly Robert’s running struggles and triumphs over the last couple of years on Instagram and although I do not subscribe to Women’s Running magazine, I had to pick up the issue when she was featured. It was perfect to give to Clare because Kelly included a simple training plan for beginners.

The forecast had been calling for rain and storms that might carry through the night and into the morning. But when I woke up, the rain had stopped and there was only thick fog. The temperature was in the mid-50s but the humidity was high (obviously, fog, hello). I advised Clare on capris and long-sleeve shirt since she may not be used to shorts in the cooler weather. Clare came over last night for dinner and we watched my favorite running movie, Saint Ralph. It’s probably in my top 5 favorite movies of all time!

The event was held at Lake Saint Clair Metropark. We arrived about an hour before the race started and the parking lot is massive so we had nothing to worry about. Packet pickup was well organized and quick; we were able to return to the car to drop off our fleece participant sweater. We had time to take pictures, do a short and easy warmup, stretch, and chat with friends before the race. 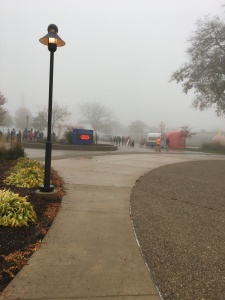 The race started right on time at 9 am! My one and only complaint and constructive criticism would be to have a little better start organization so that people wouldn’t trip on each other. Both the 5k and 15k races started at the same time. I don’t think that was the issue. The problem was a narrow first mile with hundreds of people with varying paces starting off and I hoped nobody would get stepped on or shoved! I took my time to get to my race pace.

The course doubled back on itself a little bit and it was crowded. I kept looking for Clare but I didn’t see her.

The race had tons of walkers and kids- its always great to see events that get the whole family out!

I ended up finishing in 23:43. I didn’t have any time goals since I haven’t done any serious substance workouts in awhile. In fact, my mileage for September was 134 miles. October’s was 89! After the Detroit Free Press Half, I took a week (ok, two weeks) really easy. And I’m back to my once-a-week Iron Strength workout videos! Anyways, I took 23rd overall and 6th female. Also, second in my age group so I got a little medal.

There were well over 1200 runners and walkers in the 5k! In the 15k there was about 161 participants. I’m still not sure if this was the first time the race was held in Harrison Township or not. The best part of this larger-than-anticipated event was that it was a charity race- for the Ronald McDonald House of Detroit.

Amidst all the participants I was worried I would miss Clare finishing but I spotted her, cheered, and got a picture!

And got more post-race pictures with friends, old and new! 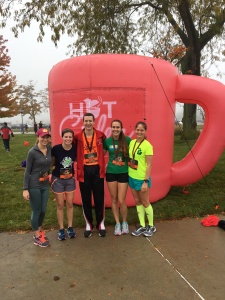 The apple cider was hot and I think I like it better that way. The caramel apples were located back at bib pickup, which was smart to prevent congestion. 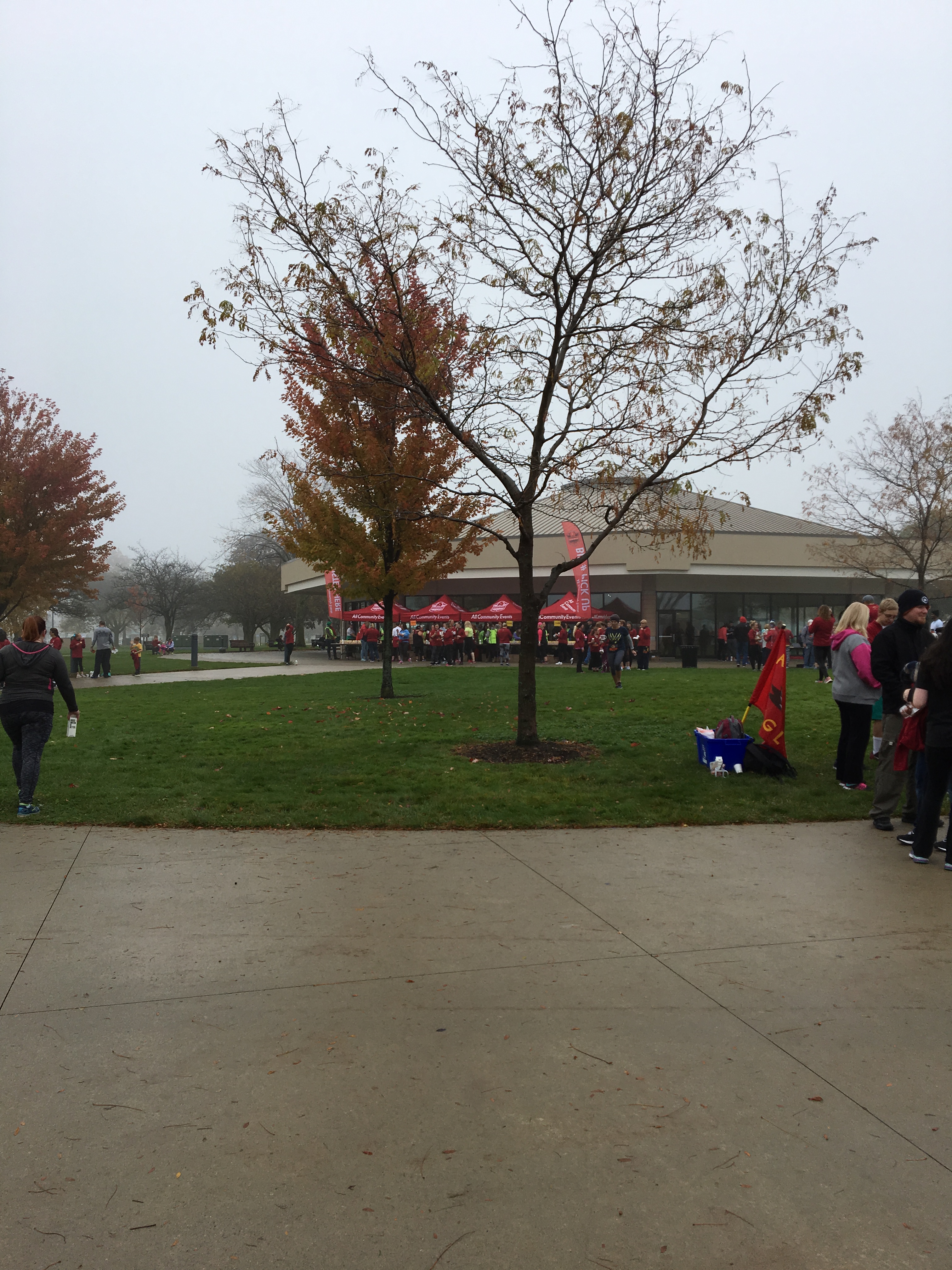 I really liked that we received a light fleece sweater instead of another long sleeve shirt.

On our way home we stopped for Timmy Ho!

This turned out to be a fun Sunday morning. We got lucky with the weather. And I’m pretty sure Clare had a great time, too. I’m proud of her for training and for finishing; I hope there will be more races for her! 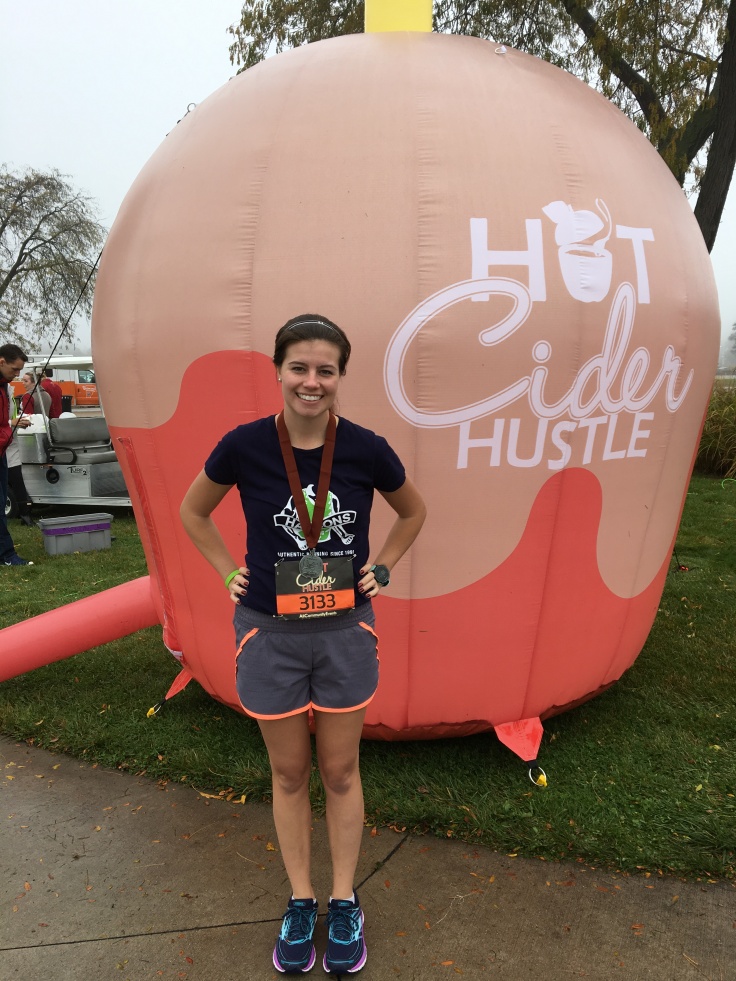