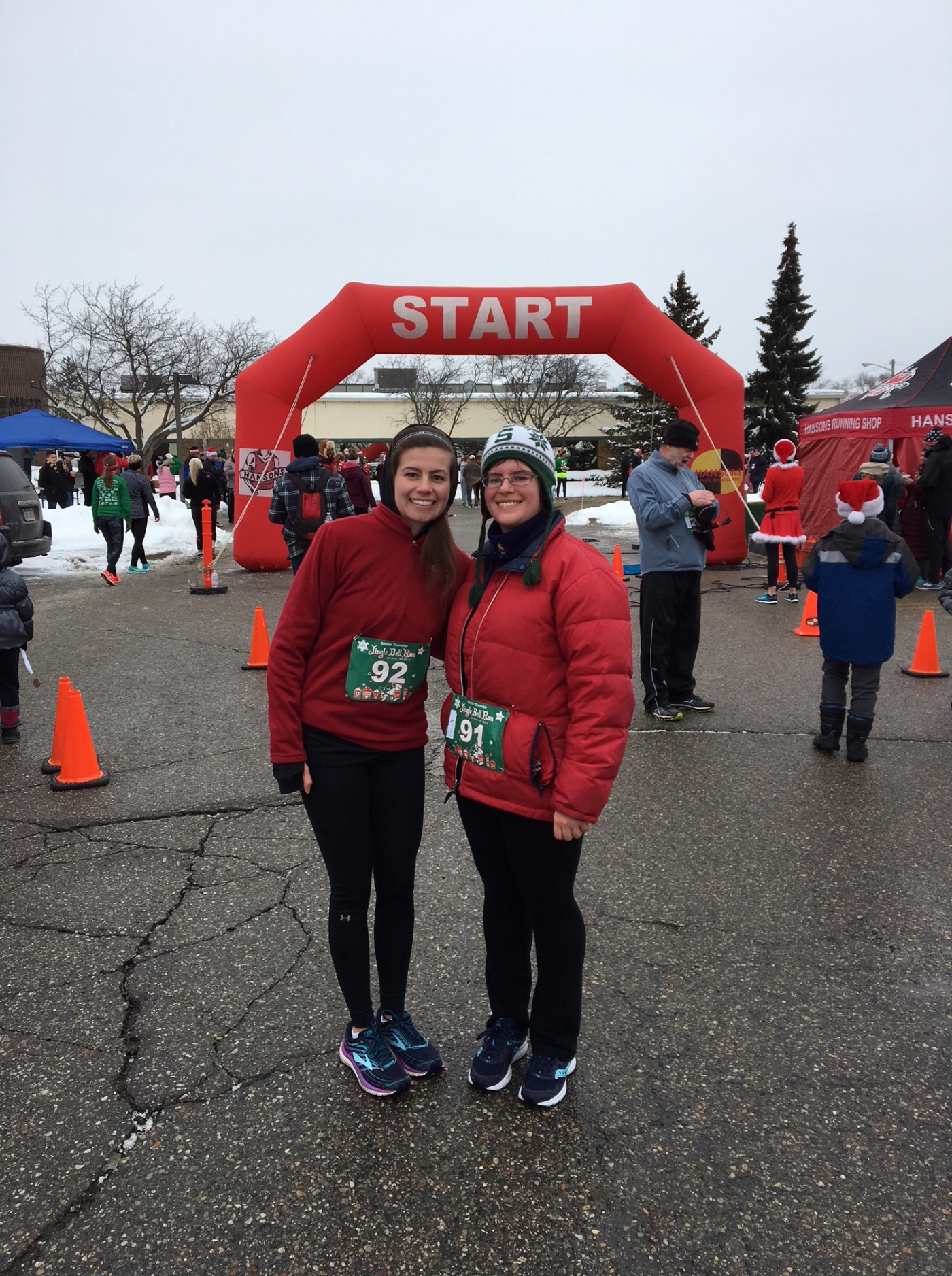 It sure seems like there’s a lot of Santa Shuffles, Holiday Hustles, and Jingle Bell Runs, doesn’t it? Well, I’ve never done a December race, until this morning. This is partly why: 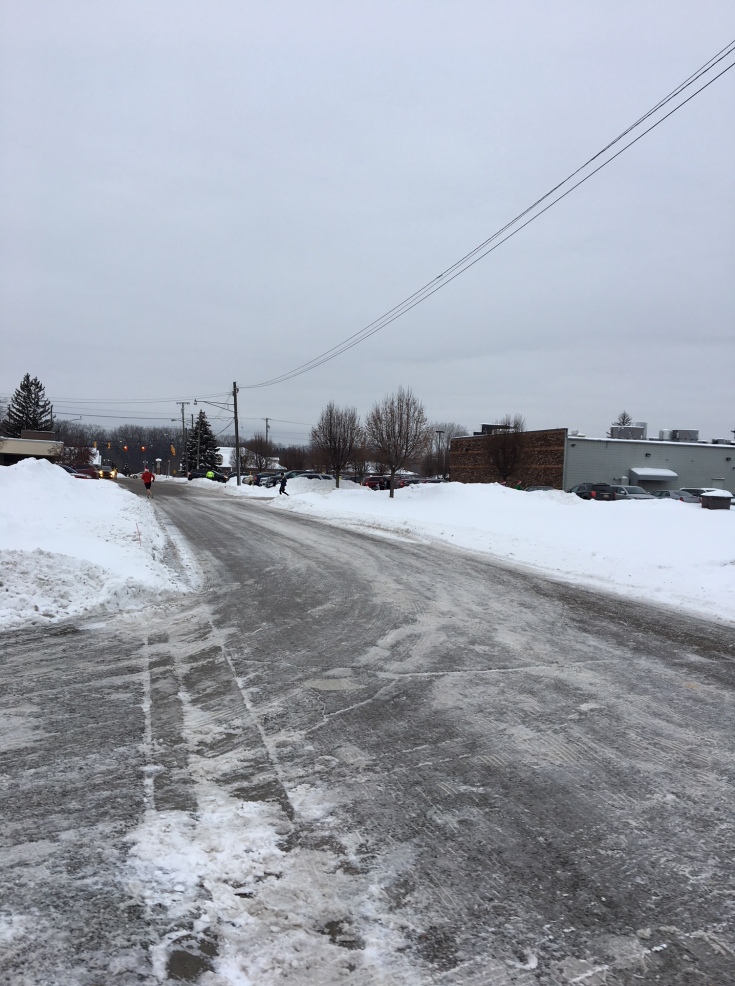 I registered my sister and I for the Shelby Township Jingle Bell Run a couple weeks ago. I was  counting her race registration fee as one of her birthday gifts! HAHA! I know before Thanksgiving she was running on the treadmill each morning before work. But the last few weeks she has been very busy preparing for final exams. So she may not have been as prepared or motivated as she was before we ran the Chill at the Mills in January this year- which was her first 5k with me!

Well, Carolyn didn’t read my blog post about dressing for the winter weather and I sure didn’t check what she had on before we left the house! I did make sure she had a hat and gloves. She only had a t-shirt and a long sleeve shirt on under her winter coat; at 24 degrees Fahrenheit I had her keep her goose-down coat on for the run. She may have overheated near the end of the run but it was better than being freezing cold during it. I wore my leggings with a t-shirt, long sleeve, thicker jacket with a hood (which I kept on during the run), and my Hot Cider Hustle jacket over that. I also ran with gloves on. 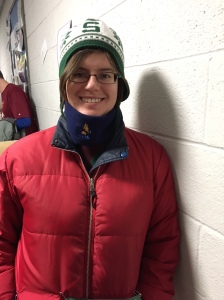 The race is at the Shelby Township Community Center. Participants were able to gather inside and it was big enough to hold the hundreds of people who attended (there were over 400 people!). Because of the sheer size of the event it was very difficult to hear pre-race announcements over everyone talking! I did hear (and it was very obvious) that the course would be icy and slippery. I had absolutely no reason to go fast.

The race took off at 9 am. It started on a cement road that was partially covered in light slush, much like the first picture above. I was already weary of slipping. Then the course goes off into the Cherry Creek Golf Club. Parts of it were over pavement but they did clear the bulk of the 6-8 inches of snow we got in the past week. Sure, the clearings were pretty and everything was snow-covered. But THERE WAS SO MUCH ICE!!! Snow-covered ice, black ice, crunchy ice… Some people were plowing through and I saw a few people ahead slip and fall. I noticed a couple people had the snow grippy-spikes attached to their shoes. And when I finished I overheard that someone had a bad ankle break on the course. Yikes! There also were some small hills but I hardly noticed as I was too preoccupied watching my footing.

Each participant got a raffle ticket and an extra ticket for bringing in donated items like paper towels. We didn’t stay so I passed our tickets along to someone. There were delicious bagel halves, homemade cookies, fruit, chocolate milk, hot chocolate, coffee, and water afterwards too. Plenty to go around!

I would definitely do this race again, but I wouldn’t pre-register in case there’s a lot of snow and ice- I’d rather not run outdoor and avoid the risk of falling and injury.

I’m very much enjoying the low mileage weeks (15-ish miles). And I’ve been keeping up with my Month of Strength and Core goal for December– I haven’t missed any days! I’m thinking my sister and I will do the Chill at the Mills 5k again in January.

What December or January holiday runs do you do? 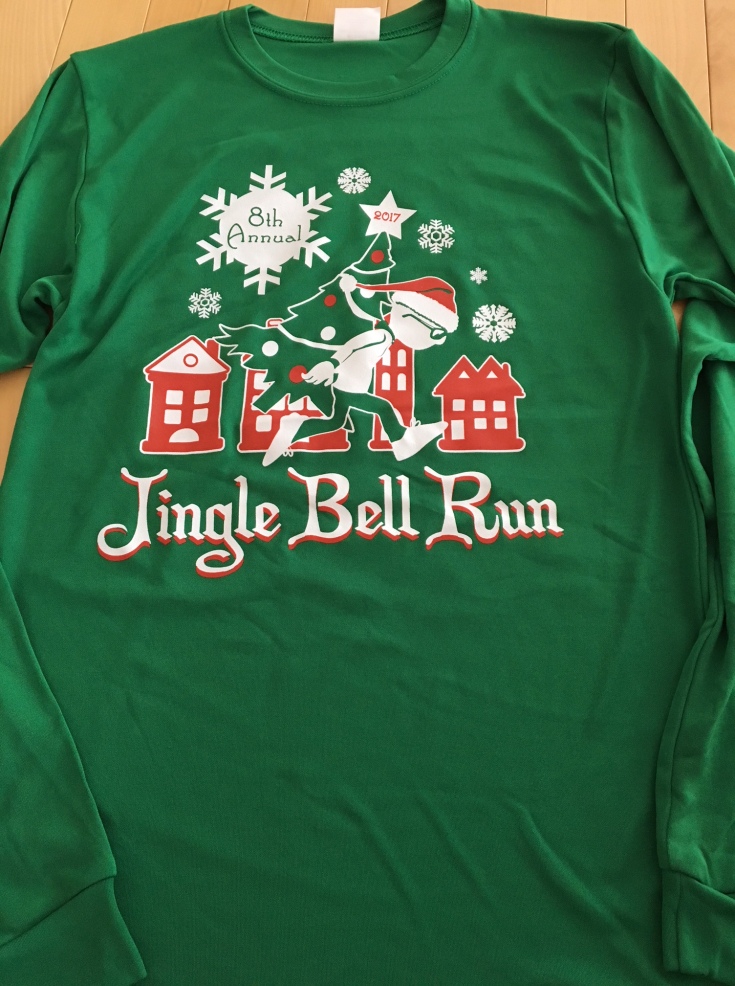