Chill at the Mills

My first race of 2017 was foggy. The past couple of days in Southeast Michigan have been in a fog advisory so it was not a surprise we were going to drive and run through it. Luckily, the light Sunday morning traffic and familiarity to the area I was headed to assisted in an easy commute. This weekend was Rochester’s Fire and Ice Festival. There were fire pits to stand around to keep warm and the streets near the Festival were already closed off to keep runners safe.

I’ve been running either 10ks or half-marathons the last couple of years. My last 5k race was as an undergrad. As a participant of several Brooksieway races, I’ve heard about the Chill at the Mills 5k from Instagram and emails. Past years’ pictures indicate frigid January temperatures and snow. There was none of that this year. The 41 degrees Fahrenheit, no wind, and lack of rain at the start boded a great run ahead. Aside from a spontaneous Achilles’ tendon ache, I was ready to go.

Rochester is full of hills making excellent training grounds but the course must have specifically been designed to be friendly since they were at a minimal. The Rochester City Park the course wove through next to the Paint Creek trail was well-marked with cones and there was no shortage of participants or volunteers throughout. Some paths narrowed too much that because of the large crowd I felt I teetered on the edge of twisting an ankle if went off the pavement. I started slow to ease into the run, weary of my tendon, picking up the pace as I felt good. The last three weeks I’ve been running about 12 miles/week (treadmill); I felt this was adequate to my experience and the short race distance I was anticipating. 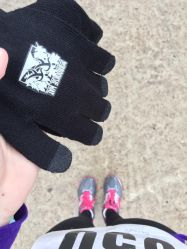 This 5k didn’t need medals at the finish. The Brooksieway texting gloves felt plenty at the end. Participants could also redeem a beer with their bib from Rochester Mills Beer Co but I skipped that. 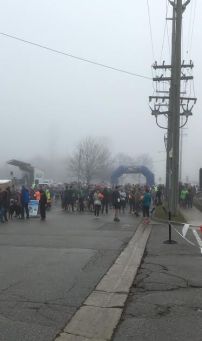 While my race time was by no means impressive for me – runners have come to accept new short-term goals and reevaluate long-term goals. And I’m more than satisfied with my negative splits (9:41 9:19, 8:53) coming back from a break making me excited for more. And the overall relaxed “fun” of a 5k! Even better yet, this was my sister’s first 5k she ran (more on that another time). 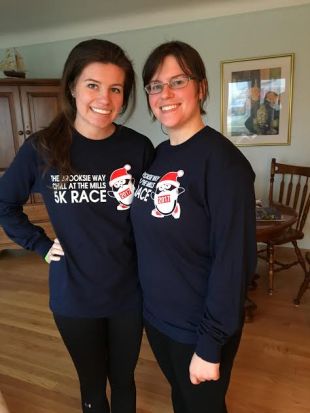 One thought on “Chill at the Mills”