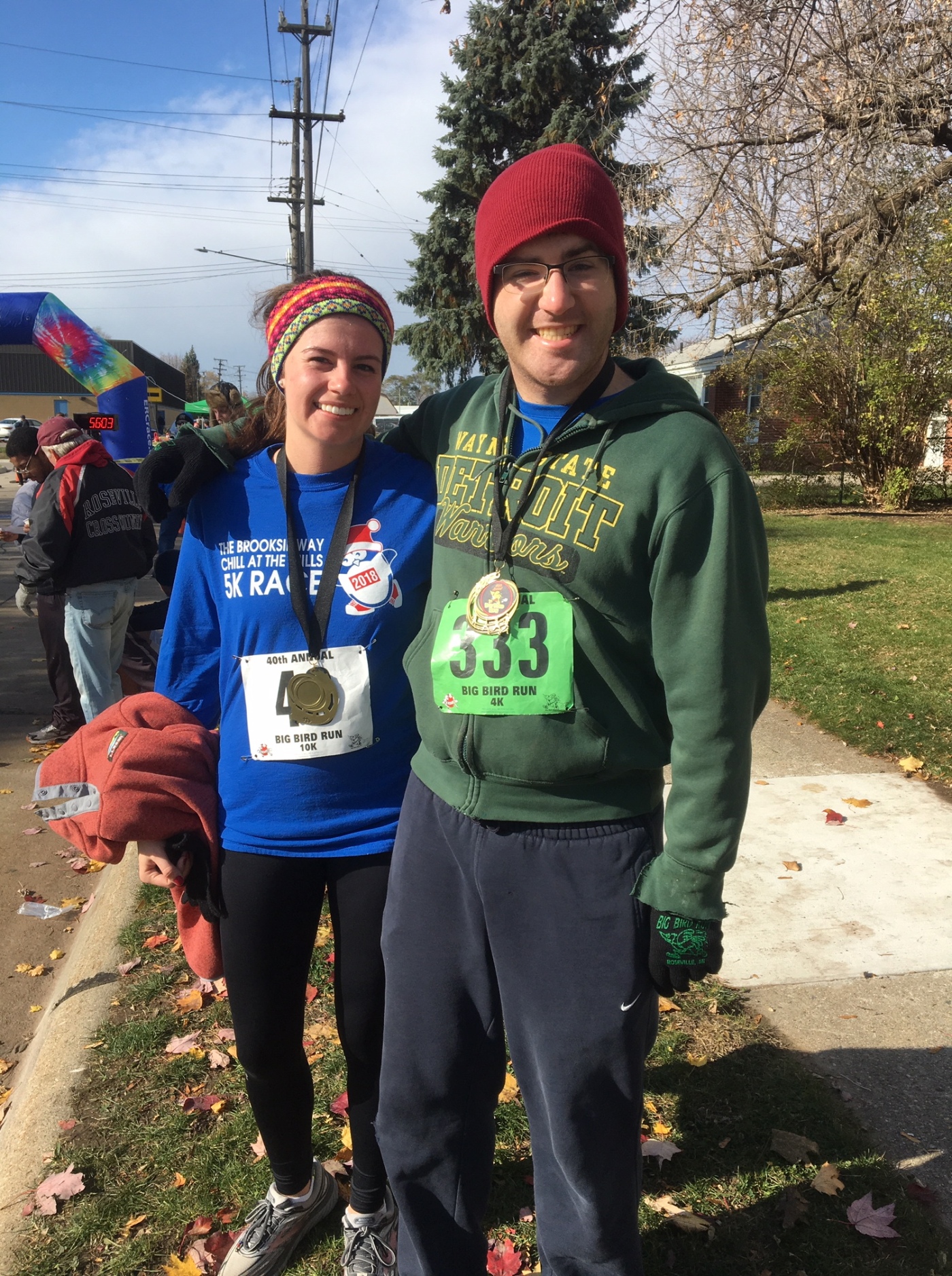 I don’t run many 10ks. And that’s alright with me – I can only do so many races a year. But I always make sure to plan my schedule to allow me to run the Big Bird 10k in Roseville each November. This year the race celebrated its 40th annual year. Isn’t that amazing?! There are many people who’ve been participating in the races year after year and during the awards post-race they’re sure to recognize long-time runners. This year, the original race founder spoke and he said there used to be a group from Canada that would come annually to the race. The race also used to have thousands of participants. This was my 12th year participating.

Last year I set a new personal record here and detailed all about the course and why everyone should participate in this race. AKA, go read it. I mean it’s a great budget friendly no frills race. The course volunteers are smiley. There are age group awards for 1st, 2nd, and 3rd places. And you don’t have to be fast to win a frozen turkey for your dinner table; I counted the chalk board this year and there were 24 birds they raffled off while everyone is out running. Parking is easy. There’s no shortage of space inside the warm building. And there’s restrooms available inside.

You know what’s cool in the most humble way of sharing? I PR’d in every race distance I ran this year. They were not easily done. I had been working on these for years (example, 4 years for my half marathon PR). I was thinking, “yeah, that’d be pretty cool if I PR’d in the 10k, too.” But after the Monumental half marathon the weekend before and a few 2-mile runs during the week, I knew it wasn’t possible, not when I remembered how hard I had to push for it last year at this race. I averaged 8:14 pace and finished at 51:03. My splits were pretty consistent aside from where the course takes you over the pedestrian bridge in mile 3 and mile 5.

Before crossing the pedestrian bridge the second time I kindly asked the guy who was keeping pace with me since mile three, “hey are you on track for a PR today?” He said he was and I told him to hang in there and try to stick with me. I didn’t want him to feel pressure to keep with me but it’s easier when you can work with someone to bring it home. He said something about me looking like I was running easy. “Nah, just trying to keep my splits close.” Sure enough, he kept up with me until the last turn to the finish. We spared a moment to chat before going our separate ways and without seeing official results he believed he snagged a new best!

This race doesn’t normally give out finishers’ medals but since it was the 40th year everyone got one! 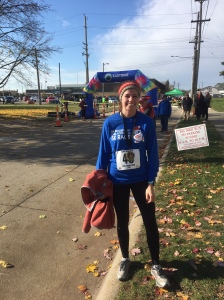 After I saw my friends finish their race we went back inside the gym and discovered we were not the a winner of one of two dozen frozen turkeys. (Last year my mom and I each won a turkey in the raffle so we can’t complain.) As always, we stick around for the age group awards. Dan won 3rd place in his age group in the 4k. He received a plaque. My friend David also won in his age group! 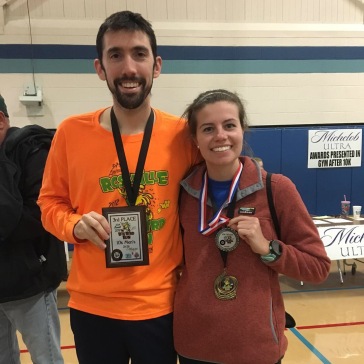 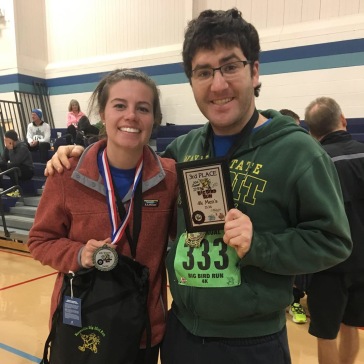 I finished 43rd overall and won first place in my age group, an easy win since there were no other females in my age group who ran the 10k. I received a Big Bird hat and drawstring bag along with a Michelob cooler and shirt. The cooler pack will be nice for taking extra water with me to the park and keeping it cold for after while I’m out running. 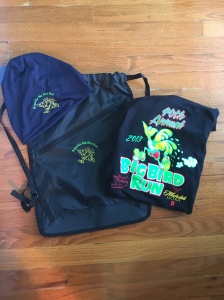 It was another wonderful year running the Big Bird race. It’s too bad there weren’t more people. It does seem like there are more newer races popping up that weekend that people run instead. Come join me next year! 🙂